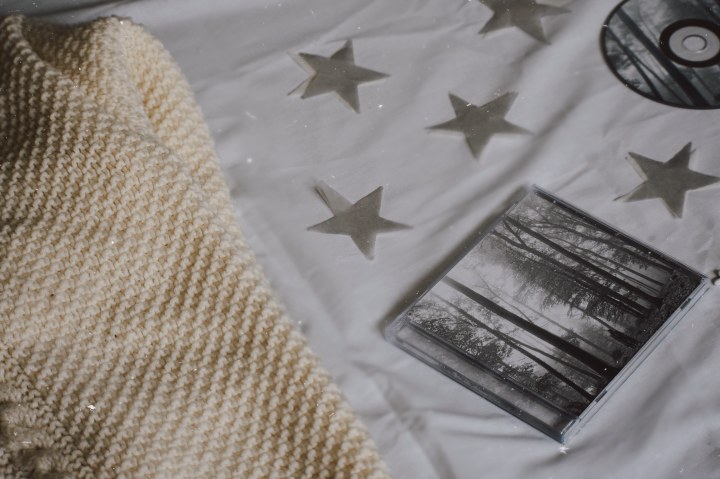 Hello, friends! I wanted to come on the blog today to do a review of Taylor Swift’s new album, Folklore. I have been a fan of Taylor Swift since her Fearless days, and even danced to her song, Lover, on my wedding day. When I heard that she was releasing an album, I was beyond excited.

Folklore captures the complexities of adolescence well. Swift is far enough from her high school years that she can look at those days with wisdom, but close enough to recollect those same memories with clarity and sympathy to her younger self.

Swift’s songwriting is unique in the way she takes hyper-specific experiences/places/people while managing to make the situation that she sets up in her songs feel relatable to nearly everyone who hears it.

The 1 : I hit the Sunday matinee / you know the greatest films of all time were never made.

A song that artfully showcases the longing our narrator feels after the end of their relationship, daydreaming about what could have been. Not a bad way to start the album.

Cardigan: Cause I knew you / steppin’ on the last train / marked me like a bloodstain / I knew you.

I always think that I feel meh about this song, but whenever it comes on, I’m reminded about how great parts of it are. I don’t love the refrain, but I really enjoy the rest of it. Great for late night listening.

This entire album does a fantastic job of balancing adult wisdom with childlike naiveté, but this song really drives this home. The contrast between When you are young, they assume you know nothing versus I knew everything when I was young.

The Last Great American Dynasty: Fifty years is a long time /holiday house sat quietly on that beach / free of women with madness / their men and bad habits / and then it was bought by me.

My third favorite of the album!

Exile: I think I’ve seen this film before / and I didn’t like the ending / you’re not my homeland anymore / so what am I defending now?

This song follows a couple who run into one another for the first time post-breakup, causing the pair to both think back to their relationship and what went wrong with it.

My Tears Ricochet: And if I’m on fire / you’ll be made of ashes, too.

A song that takes on a narrator who is viewing her funeral from beyond the grave, finding that a foe of hers is in attendance. An interesting concept to write about.

For those wondering, this is my favorite song on this entire album. This song is begging to be played during the prom scene in a coming-of-age film, don’t you think?

I think this song perfectly sums up the feeling of wanting so badly to be loved and appreciated and what one may do to make it happen… if I do this, this, and this, maybe, just maybe, they’ll love me. Which fits very well with the coming-of-age feeling of this song.

Listening to this song with headphones is such an experience.

Seven: Please picture me in the weeds / before I learned civility.

Another song that highlights childhood innocence narrated by an adult voice.

August: August slipped away like a bottle of wine / ’cause you were never mine.

The storytelling of this song is phenomenal. Told from the point of view of the other woman, we see the continuation of this story in Betty and Cardigan.

This is Me Trying: You’re a flashback in a film reel / on the one screen in my town.

This song explores the idea someone who is, quite simply, doing their best, and still feeling like it is not enough. Some great metaphors in this one.

Illicit Affairs: Leave the perfume on the shelf / that you picked up just for him / so you leave no trace behind / like you don’t even exist.

If August is a somewhat hopeful story of hoping that something turns into something more, Illicit Affairs explores the darker parts of an affair.

This song explores the idea of two people being connected, long before they even meet. Again, a really interesting concept to explore.

Mad Woman: And you’ll poke that bear ’til her claws come out / and you find something to wrap your noose around.

This song seems to be about the act of provoking the narrator repeatedly and being consistently surprised when they fight back.

Betty: You heard the rumors from Inez / you can’t believe a word she says / most times / but this time it was true.

This was my initial favorite song from the album, and it’s probably my second favorite of the album.

This song sets up a scene, a feeling, so expertly, especially paired with August and Cardigan.

Peace: All these people think love’s for show / but I would die for you in secret.

I think that this song is an absolute lyrical masterpiece. Another song that I don’t think that I’ve given enough time and thought to. The narrator is trying to tell the one that they love that they will give them absolutely everything, except for peace. The narrator hopes that’s enough.

Hoax: Don’t want no other shade of blue / but you / no other sadness in the world would do.

This song seems to explore a relationship that is flawed, but the narrator seems to be clinging to it all the same.

The Lakes: Take me to the lakes / where all the poets / went to die / I don’t belong / and my beloved / neither do you.

A song filled with literary allusions, The Lakes seems to speak of a couple who feel like they don’t belong in the world they live in. The narrator longs to take her lover away, to the lakes.

And that’s that, my dear friends! I thank you so much for reading this post. I sincerely hope to get back to posting more frequently sometime soon. I will tentetively say that I hope to be publishing something new next Monday, perhaps getting back to my previous schedule.