Hello, my friends! Today’s blog is dedicated to a makeup look that I did yesterday. I feel like I don’t need to say that I’m not a professional makeup artist, but I will say it nonetheless. I will also say that taking photos of makeup is so tricky! Seeing your skin up close like that is sort of scary, haha. And moments like that are where I try to remember that not every photo I see on social media is the real deal. Some are very, very edited. And my skin is my skin, and for that, I need to love it!

I generally stick with this everyday makeup look, but I was feeling adventurous. yesterday. And scrolling through Pinterest gives you plenty of inspiration!

I did my face makeup the same as I usually do it, I just added a bit more product.

As for my eyes, I used my concealer as a base and then put translucent powder over it. After the prep, we’re ready for the fun stuff!

I began by putting a color similar to my skin tone on my eyelid.

Then, I broke out the sparkles! I used the yellow from the Sephora: Star Catcher palate, and put that all over the lid.

And then over that, I put on a beautiful gold glitter.

I chose to use the Star Catcher palate for the rest of the colors as well. I used an orange for the crease, and added just a touch of pink to the outer corner, although I don’t know if you can see that much in the photos.

I was feeling extra fancy and decided to put some of the orange onto the bottom lash line as well!

I didn’t add any eyeliner to this look, but I did heap on the mascara!

And then to finish the look off, I used Kat Von D’s liquid lipstick, in the shade Lolita.

This blog post isn’t mean to be a tutorial exactly, but I thought I’d explain what I ended up doing for this look!

Again, I’m not a professional, but it’s really fun to play with makeup! 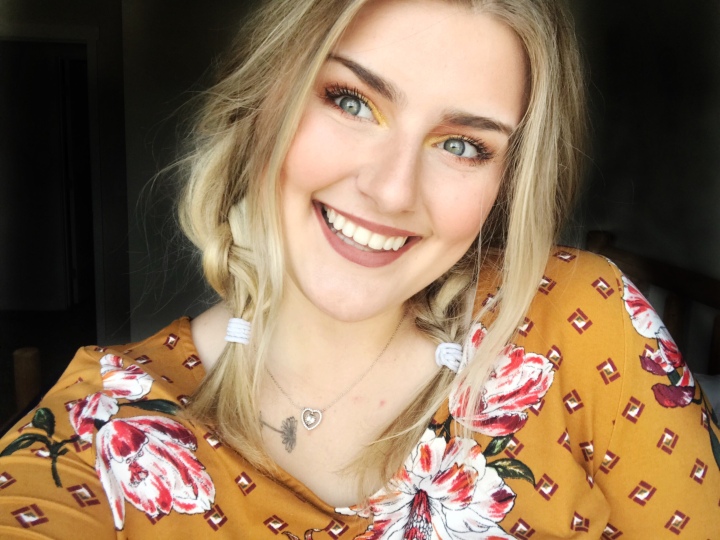 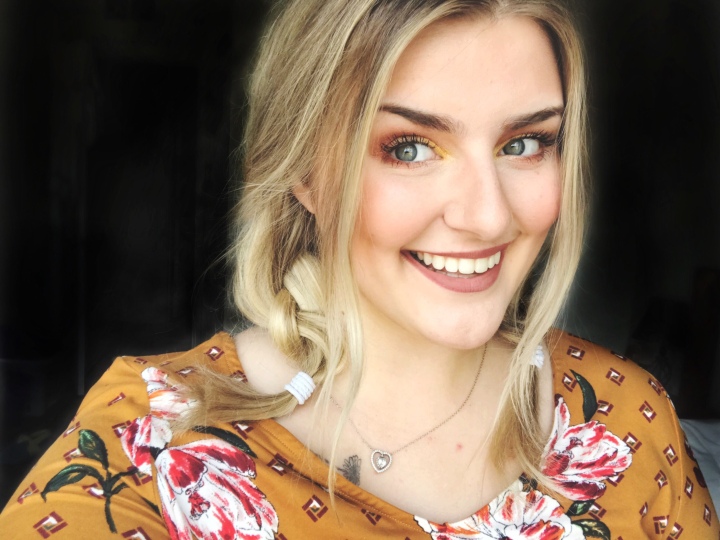 So happy that we’re to the point of the year where it’s still light at 5 PM.
The blue ice this time of year is nice, nice, nice.
My Instagram is just a home renovation account now. Swipe for the before picture.🏡
Still a work in progressive, but amazing what a coat (or three) of paint can do. Swipe for before...
Before the leaves are all gone...
Oh, tree stump. You say the darnedest things.
Advertisements
Loading Comments...
Comment
×
%d bloggers like this: